Joshua Clottey will face Tanzanian boxer, Azizi Mponda as he returns to the ring at age 41.

The former IBF Welterweight champion has been paired to fight Azizi as he features on the Odwira Festival boxing night at Presbyterian Training College, Akropong.

Ahead of the bout, Joshua the Hitter Clottey has assured his fans that despite his age, he is sure to knock out his opponent. 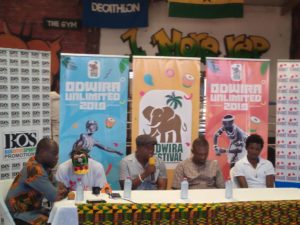 I think the fight will be interesting taking into consideration the age.

But with my skills and experience, I am sure I will knock him out.

Body attack is the surest way to win a bout, once you attack the body, it destabilizes the mind and then I can counter.

I have certain skills that will also help me overcome him. Just as Mfaume Mfaume quit our fight the last time, so will this one too quit”

The Odwira festival will see several boxers fight against each other on a Sunday night.

“Prince Djane who was supposed to fight for the WBC International had his Romanian opponent pull out of the bout but will now face a Tanzanian boxer Shabani Hashimu Zuberi. The C.E.O of Box Office stated.

We also have George Ashie was also expected to fight ten-round bout to defend his title but that fight too will not come on. He added.

Ashie will also fight against a Tanzanian and it looks now like a Ghana vs Tanzania contest.

And Sheriff Quaye will fight against Richard Amanfoo who is a Ghanaian.

As well as 17-year-old Alfred Lamptey who had his first professional win will fight veteran boxer, Isaac Nartey.”

All boxing fights will take place on Sunday, September 22, 2019, at PTC, Akropong.